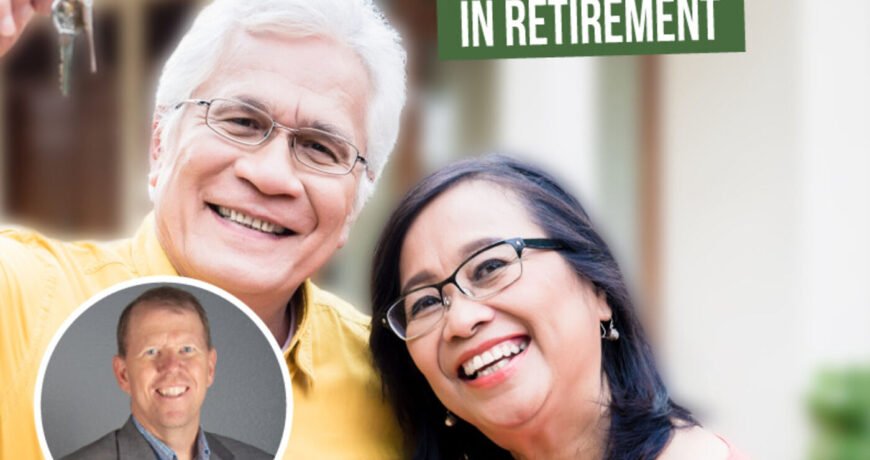 12 rules of a risk-free retirement plan

Many companies would like you to believe that there is a ‘one size fits all’ solution for most of your problems. We’re seeing company after company try to streamline their processes in the hopes of giving more people the same experience. But when it comes to your retirement planning, this process just doesn’t work – there’s no perfect pattern that can be used across the board.

You do not have the same assets, the same income needs, or the same life expectancy as your neighbor. So how could you ever expect to have the same retirement plan? One of the biggest challenges I face as an educator is being able to use examples to open people’s minds to the possibilities that are out there with regards to their retirement, but at the same time not getting them so bought into the example that they think they can simply take the example I give, and just lay these same planning steps over their own retirement plan in order to achieve the same results. If you want an effective retirement plan that will help you eliminate the risk facing your retirement, it will need to be customized just for you.

Rule #2 – You’re not likely to be in a lower tax bracket in retirement.

For decades, one of the top pitches from financial advisors has been that once someone gets into retirement, they will have less taxable income than they did during their working years. But what we’re finding is this just isn’t true – and there are two main reasons why.

First, every day in retirement is Saturday. If you have a family, you know that Saturday is the day on which you spend the greatest amount of money. The kids are out of school and Mom and Dad are usually available, so the family ends up going out. On these family days out, you usually do some form of shopping, you’ll go out to a restaurant for lunch or dinner and oftentimes you’ll include some form of entertainment. When you retire, you have the free time to go out and spend money every day of the week, which means every day is like a Saturday, and you end up spending more than you had originally expected to. It is now believed that the right amount of income for most retirees is about 80% of their pre-retirement income.

The second issue is that when you get into retirement, you no longer have most of the deductions you had during your working years. This includes items like your home mortgage, your child tax credits, your charitable contributions, and the contributions to your tax deferred retirement accounts. In retirement, your goal is to take money out of your tax deferred retirement accounts, not to be adding more in. When you take all these deductions away, what many retirees are finding is that although they may have less gross income, their taxable income is just about the same as it was during their working years.

Rule #3 – There’s an ideal amount to have in the taxable and tax deferred bucket in an environment where tax rates are rising.

When we do tax free and risk-free retirement planning, we use a three-bucket system – the tax will bucket, the tax deferred bucket and the tax-free bucket. If the planning is done correctly, we will put a certain amount into the first two buckets and then fund the last bucket with everything else we have. In the taxable bucket, you only want to have enough money to cover about six months of basic living expenses. This means if your annual living costs are about $80,000 in retirement, you only want to have $40,000 in this bucket. Anything more than this is going to be subject to unnecessary risk and anything less than this might create liquidity issues if you have an emergency and need to get quick access to the money.

The second bucket also has a perfect amount it should contain the assets in this bucket should be low enough that the income they produce including required minimum distributions will not be higher than your standard deduction in retirement or creative provisional income, which is what causes your social security to be taxed. This means in order to figure out the exact amount to put in this bucket, you’ll need to know your expected rate of return on the assets in your tax deferred bucket, and the amount of Social Security you’ll be receiving each year in retirement. For most people, this bucket is going to be fully funded right around $250,000 for a single person, and $500,000 for a married couple.

Rule #4 – Anything above the ideal balance in the first two buckets should be systematically moved over to the tax-free bucket.

A few years ago, it may have seemed inconceivable to think that tax rates would be that much higher in the future than they are today. But all we have to do is look around to realize the world we lived in a few years ago no longer exists and therefore we need to prepare for a world where tax rates could be even double what they are today. The best way to prepare for rising taxes is to put our assets in an environment where they will not be subject to tax in the future. And this is what I call the tax-free bucket.

In this bucket you will find assets like your Roth accounts, your life insurance retirement plans, the right amount from your tax deferred bucket and your Social Security – if you’ve done the appropriate planning.

Rule #5 – Anything with the word Roth in the name is your friend.

Roth accounts were a gift given to us as part of the Taxpayer Relief Act of 1997. Roth accounts are designed to allow you to pay the taxes now, so you can pull the money out tax-free in retirement. In an environment where taxes are going up, this is a big deal, because even if tax rates are just 1% higher in the future than they are now, you’ll be better off paying the taxes now, rather than waiting.

Rule #6 – The best way to deal with long term care event is with a life insurance retirement plan.

Historically, people had three main ways to insure against a long-term care event. They could self-insure, they could rely on others to help out such as their family or their church, or they could buy Long Term Care Insurance. The problem was that even with the best option of buying insurance, it had a number of limitations.

Second, you may not even qualify for a long-term care policy. If you have pre-existing medical conditions that would make you more susceptible to a long-term care event, then the insurance companies will deny you the coverage.

And third, you can end up paying premiums for over 30 years and then die peacefully in your sleep. And you will have lost all of that money. Insurance companies realized that there was a hole that was not being covered. So, they came up with a cost-free Long-Term Care rider that could be added to a permanent life insurance policy that would allow you to access a portion of the death benefit prior to death if a long-term care event were to occur. By doing this, you can have long term care coverage, but if you died peacefully in your sleep, instead of getting nothing, you would get the death benefit of the permanent insurance policy.

Rule #8 – You will need more than just one stream of tax-free income in retirement.

Retirement Planning is all about eliminating risk and one of these risks is the lack of income diversity risk. Far too many retirees believe they can put all their eggs into one basket and then use that basket to get them through 30 to 40 years of retirement. The problem is that the basket is always being tested to see how it will respond during different situations in retirement. Sooner or later, if there is only one basket, there is a high probability the basket is going to give out, and when it does, it’s going to take your retirement with it. But when we have multiple streams of tax-free income, not only do we eliminate the tax rate risk, but we can also use these various forms of income to help us eliminate many of the other risks we have facing our retirement.

Your magic number is the amount that you can systematically transition from your current tax deferred bucket into the tax-free bucket. We’re in a period of historically low tax rates and we know taxes will go up on January 1, 2026. So, you want to be able to calculate how much you can transfer to your tax-free bucket without putting yourself into such a high tax bracket, but you may have already doubled your taxes. For most people, what we’re finding is that the 24% bracket is a great spot to be in when doing convergence to a tax-free bucket.

As previously mentioned, we know the exact day tax rates are scheduled to go up, and that’s January 1, 2026. Now, some will argue that administration’s change tax rates will go up much sooner, which is probably true. But all that means is we need to get started sooner rather than later. Many people have already wasted almost three years since our current tax rates were first implemented, back in January of 2018. So why keep putting it off? Things are not going to get better when it comes to our tax rates.

Rule #11 – Never annuitize your retirement at the tax deferred bucket.

There is only one group of people who cannot get to the zero percent tax bracket in retirement, and the reason that they can’t is because they have some form of taxable income coming in each year which is high enough to prevent them from getting to the zero percent bracket. Historically, this income usually came in one of two forms, either a pension plan or rental property where there were annual rents being paid. But we’re now seeing another problem, and that is the people who are annuitizing in their annuities inside of their tax deferred bucket. When they do this, they guarantee that not only will they be paying income tax on their annuity throughout their retirement, but they will also be paying income tax on their social security throughout the retirement.

Rule #12 – It’s better to have help when trying to get to the zero percent tax bracket.

There’s nothing out there that says you cannot do your own risk-free retirement planning. Nor is there anything out there that says you can’t replace the engine in your car. But it’s my recommendation when it comes to either of these situations, that unless you’re a trained professional and capable of doing so, you shouldn’t do either of these. Risk free retirement planning is a very complex process that benefits greatly by using a software and an advisor with years of experience who knows what it takes to put together a risk-free retirement plan.

Now that you know the 12 rules of a risk-free retirement plan, may I recommend you take time to sit down with one of our certified advisors, and let them help you figure out how a risk-free retirement plan can help you – the process is easy – all you have to do is click on the strategy session tab, where you’ll be able to link up with one of our certified advisors.