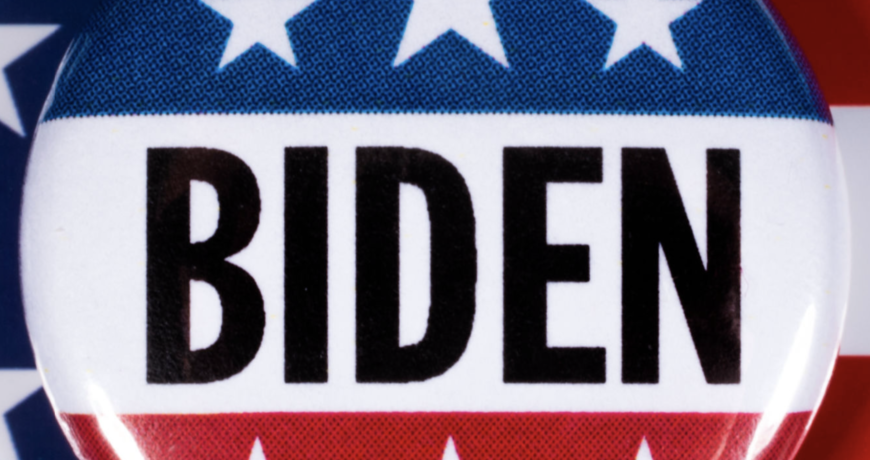 In March of 2020 I was living in Puerto Rico, but I traveled to Las Vegas, Nevada on a business trip. This trip was scheduled to last a week, and somewhere in the middle of it is when they first started announcing various state and territory shutdowns and travel bans because of COVID-19.

As I sat in my hotel room contemplating what was happening, I began to wonder what I would do if I got to where I couldn’t get back to Puerto Rico. As the week went on, it started looking more and more like I may not be able to get back to the island. This was becoming my reality.

Puerto Rico was asking for a complete airport shut down, which would mean getting back to the island and to my family would be absolutely impossible. Luckily, the federal government denied the shutdown request, and I was able to get back to my family. But unfortunately, many other people I knew weren’t so lucky.

As I’ve thought about the events that have happened since that first announcement of shutdowns, I can’t help but think about how this virus has changed all of our lives. Many of us had travel plans that got canceled. We had professional goals that got cut short. We had education opportunities we never got to experience, and we had lives that were shattered through death and health concerns, where others of us had doors open that we never thought would be possible.

We had more time that opened up on our calendars, so we could spend that with our friends and family. We use the time to gain and improve skills that we had not had time to work on in the past, and we committed ourselves to serving others. But if we all look back into the history of our lives, most of us will find that this was not the first time we’ve experienced a major change in plans because of something that was out of our control. Most of us have experienced big life changes because of the actions of others or the federal government, which leads me to talking about Joe Biden’s top five proposed changes for your retirement.

You’re going to look at these changes with excitement because you’ll see an opportunity for your retirement to get better, or others of you will see these changes as the worst thing that can happen to you and your retirement. It’s not my job to tell you how you should feel; it’s my job to educate you on the proposed changes, and let you use this education to make the right decisions for you and your family.

Before I dive into the meat of this, I need to make sure that you understand the disclaimer that comes along with this post. First, these are only proposed changes, and they’ve not yet happened. Second, some or even all of these changes may never happen. And third, they’re aspects of what Joe Biden is recommending. We still don’t know any details because nobody’s willing to ask him.

One thing we can be certain of is that Joe’s overall plan is to redistribute wealth and build a bigger government. The more you dig into the proposed changes, the more you realize it’s the government’s version of the story of Robin Hood. What the biggest problem I see with this situation is you’ll always have winners and you’ll always have losers. There’s no win-win option with this type of plan.

Okay, let’s get into the proposed changes.

Number one: Joe wants to require Social Security taxes to be paid on wages over $400,000. The current threshold is $137,700. The main purpose of this increase seems to be so the government can use the extra money that this change provides to give additional benefits to those who receive the least amount of benefit from the Social Security program. Currently, there are about 9.5% of retirees who receive Social Security who are below the poverty level. The plan would be to lower this number by providing this segment of the population with additional benefits.

Number two: Lower the Medicare eligibility age from 65 to 60. The financial crisis facing many retirees is the ever increasing cost of medical services. Retirees can currently apply for Social Security at age 62. But they can go on to Medicare until age 65. This leaves a huge gap for those who want to quit their jobs and start an early retirement. Only the Medicare eligibility age will eliminate this gap. It will also eliminate the gap for surviving spouses who are eligible to claim survival benefits at age 60. Although this will help a segment of the population, it will not come without a number of costs.

First, making this change will add about 20 million more people into a Medicare program that’s already scheduled to go bankrupt in 2026. Medicare already insures about 67 million lives, and by making this change, it will increase that number to about 87 million lives. The expansion of Medicare is going to add substantial debt to the government’s balance sheet because there’s already not enough money to cover the benefits for those who already qualified for the program.

The second issue is that this change will incentivize many people to retire earlier than they probably should. Early retirement comes at a cost. The big cost is a loss of available Social Security payments. A person claiming Social Security at age 62 is only going to get about 54% of the benefits they could receive if they were able to wait until age 70. This reduction is a permanent reduction for not only the worker, but for other family members who might be relying upon the worker survivor benefits.

Number three: Change the tax incentives for contributions into retirement plans, so more of the benefit goes to lower earners. Currently, the tax incentives for deferred retirement accounts are tied to your tax bracket. That means the higher your income level is, the greater the tax benefit you’re going to receive. Current tax brackets range from 10% to 37%, which means the wealthiest segment of the population who is in the 37% bracket is getting a 27% benefit over the lower income person who’s in the 10% tax bracket.

Joe Biden’s proposal would create equality in the tax benefits for those contributing into these various plans. One of the most popular options is to provide a tax credit for around 26% of the contribution amount, regardless of your current tax bracket. This would provide an incentive that is higher than what the lower income taxpayer is currently getting and reduce the incentive for the high income earner.

There are a number of issues with this particular proposal. The first is that it assumes low income individuals will contribute more into their retirement plans if they get a larger tax credit. Although this may help a portion of the population, many of those in the lower tax bracket don’t contribute to retirement plans because they don’t have enough once they pay their monthly bills.

The second issue is far more concerning. It’s the future problem this change can make for those who put money into the tax deferred account. We live in a world where most economists believe taxes will be much higher in the future. If this is the case, and the current tax benefits are reduced for the wealthy, it would make far more sense for them to contribute into Roth accounts. If they do this, and tax rates go up in the future, the poor are now the only ones left paying higher tax rates in the future. Therefore, it appears to me to be a bait and switch. The government is holding the carrot out there to provide current benefits, knowing full well in the future, the cost could be far higher than the current benefits that are being provided.

Number four: Impose a financial transaction tax. This is something that’s been heavily promoted by Bernie Sanders. This is a tax that would be charged anytime you bought or sold a stock or bond. So basically, it’s like a sales tax on savers. Those promoting this tax believe that it will punish the wealthiest portion of the population, which it will. However, what they often don’t look at is the fact that anytime you propose a new tax, the only people winning are in the government.

If this tax were to go through, it would have a huge impact on lower income savers because it would take away from the overall returns of their portfolios, which means less money in retirement. It could also create an issue with asset diversity. Some may choose to forego diversification cells in order to reduce their fees. This would end up putting mini retirement plans at a far greater risk than many retirees should be taking.

Number five: Provide an automatic 401K for all Americans. I personally am not against all Americans having access to retirement accounts that offer the higher savings limits of a 401K. However, I believe the last thing America needs is more options when it comes to retirement.

Joe’s plan would allow all employees to have money taken out of the regular check from their employer and put into a 401K account, even if their current employer does not offer a plan. This would create some administrative challenges, especially for small business owners. But also it has the risk of making retirement planning even more confusing to those who are not highly educated on the topic. A better option to me seems to just expand out the contribution limits and the rules governing traditional and Roth IRA accounts. It’s my belief that they could accomplish the same goal just by making these changes.

There is one other reason some are pushing this plan as an option. This is because it would prevent the loss of the 401K plan that currently exists in today’s society. This loss comes because of two things. First is the account balance and an employer account may be so low that the employer requires a liquidation of the account upon employment termination. Unfortunately, when this happens, the majority of Americans just cashed out the plan, and they don’t roll it over into an existing or new IRA account.

Second, the loss comes when employment is terminated. The former employee has forgotten that the count even exists out there. As a result, the account sits out there completely unmanaged and may never even be collected on. This situation is absolutely horrible for low income earners because they’ve saved money that they could have used for other things. Now they may never even get the benefit of this money they set aside.

There you go. There are the top five proposed changes to your retirement by Joe Biden. You should be aware that there are a number of other changes that may occur, and we may even cover those on a future post. But for now, this at least gives you a good idea of what the future of your retirement might look like under a new president.