HomeBlogPicking the right state for retirement 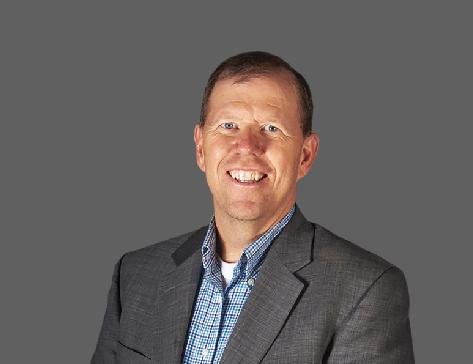 Picking the right state for retirement

Number one is neighborhood safety. Retirees want to make sure they live in a place they can feel safe. They’re at a point in their life where they don’t need any more drama, and drama often comes with many of the unsafe neighborhoods.

Number two is familiarity. Retirees want to live in an area they feel comfortable getting around, and this is why most retirees will choose to retire in the same place they live during most of their working years.

Number three is healthcare. As we age, healthcare needs increase, and we all want to make sure we’re getting the best care we possibly can for the health issues we’re facing. Retirees will choose to live in an area where they feel comfortable that the local health system will meet their needs.

Number four is access to shopping and activities. Retirement is all about getting out and enjoying your life. Therefore, retirees pick areas to live in that have the amenities they enjoy.

And number five is social opportunities. We’re social beings; we’re created to be around other people. And retirees want to be in an environment where they’re surrounded by like-minded individuals. This is why there’s so many retirement communities build up across the country.

Now, as important as each of these items are, many individuals are in a financial situation where they need to start considering the effect taxes are going to have on their future retirement. Because when you can get to a zero percent tax bracket prior to retirement, this one item alone could cause you to run out of money anywhere from 5 to 15 years faster than you otherwise would.

When we look at states that are naturally known as no tax states, what are some of the states you think of? If you’re like most people, Nevada often is at or towards the top of any list. Other states that often come to mind are Wyoming, Florida, Alaska, South Dakota, Texas, and Washington. Now, why is this? Because these are the seven states that impose no state income tax on the residents. But when it comes to taxes, we can’t just look at the current state income tax rates if we want to choose the right state to retire in.

We also have to look at other taxes such as property taxes and sales tax. In addition, we need to take into consideration the possibility states will have to increase their tax rates in the future to meet unfunded liabilities. By now, we have a number of states that are having major financial problems. Many of them already have very high state income tax rates, like California and New York. But not all states with budget issues have used state income tax rates to solve the problem.

Some of these states have chosen to have higher sales tax and property tax rates. But what about going forward? Well, some of these lower income tax states that are having budget issues have to change their tune in order to solve the budget problems they’re facing. What I found is that the government doesn’t seem that interested in cutting spending. For many of these states, including high income tax states, like California and New York, their only option will be to increase state income taxes as part of an overall plan towards getting to a balanced budget.

Now, during your working years, you may be okay with living in one of these high-income tax states, because you feel you have the money you need to pay the taxes. But what happens when you get into retirement and taxes start going up? If you live in one of these states where taxes are increasing, your spending power is going to be reduced proportionately because you’ll be forced to pay more of your retirement income out in the form of higher taxes.

So what is the worst state to live in for a retiree if they’re trying to avoid taxes? For most of you who answered the question, you’re going to be surprised to find out you were wrong. The two answers I usually get when asked this question are California and New York. Now one of these isn’t even on the top 10 worst list of unfriendly tax states, and the other one is at the bottom of the list.

The state that’s not on the list is California. California, by no means, made it to the list of Top 10 most tax friendly states either, but it also did not end up on the list of Top 10 worst tax states. The main reason is because we’re including other taxes in our analysis besides state income tax. We’re also including property taxes, sales tax, and how each state taxes retirement benefits such as social security and tax deferred distribution.

What is the list of Top 10 least tax friendly states for retirees?  Let me go ahead and go through these 10 states now. Number 10 is New York, then Illinois, New Jersey, Rhode Island, Vermont, Minnesota,Wisconsin, and Kansas comes at number three. I was a little surprised when I first saw this list had number two as Connecticut. And number one, the state in the country that is the worst for taxes is Nebraska. Now, my guess is that nobody gets that.

Remember, if you live in one of these states, I’m not here trying to tell you that your state is bad. All I’m trying to point out is that when you look at taxes retirees have to pay, these are the most costly states when you take into consideration all forms of state tax.

Now you know what the worst states are? Does anyone want to guess possible states have made it onto the list for the top 10 most tax friendly states. Let me go ahead and give you the answers to this.

Number 10 is Arizona followed by Georgia, Florida, Mississippi, Tennessee, South Carolina, Alabama, Delaware, Nevada,  and the best state in the country for taxes is the state of Wyoming.

Now this second list probably isn’t as surprising as the list of worst states, but here you have it. Let’s talk about a couple of disclaimers regarding these two lists first. These states were ranked based upon the overall tax burden of the one specific couple. That means that since your facts and circumstances will be different, this list may not be in the exact order it would be for you and your family.

Second, these two lists are only taking into consideration taxes. There’s no calculation for the cost of living. Therefore you can live in, let’s say, Delaware and at the cost of living was substantially higher than Kansas, you still may have less money to spend even though your taxes in Delaware would be much lower than they would be if you were to be living in the state of Kansas.

If you want to get to the zero percent tax bracket by retirement, and you want to take advantage of historically low tax rates, your best option is to be in a state that has no state income tax. That way you can do Roth conversions without additional costs or having to pay the state income taxes.

I realize this is easier said than done. If you’re living in a high income tax state now, it may be almost impossible to pick up and move to a low income tax state for a five year or so period of time until your Roth conversions are complete. But just because it’s hard to do, it doesn’t mean we shouldn’t discuss it.

There will be some who will be in a position where they can move states and take advantage of this strategy. What about those of you who are living in high income tax states, maybe such as New York, but want to spend your retirement years in a no income tax state such as Florida? Does this mean you should wait to do any Roth conversions until after you move? Not necessarily.

For some of you, you are currently in the 24% tax bracket. When we hit January 1, 2026, your tax rate is going to go up from 24% to 33% overnight. This is a 9% increase. Your effective state income tax rate may not be this high, which means that converting to a Roth even during a time you live in a high income tax state may be better than waiting and delaying the option until you move, especially if it means you’re going to miss out on the historically low federal tax rates we currently have. And it’s my belief that this initial increase in January of 2026 is just the beginning of continued tax increases we’ll see for many years to come.

When it comes to your retirement, you are faced with a lot of decisions, and I get that it can be very overwhelming. However, the best way to solve the issues facing your retirement is to plan for them. You need to consider what you want your retirement to look like, not only from a quality of life perspective, but also a financial perspective, and then start working on a plan to provide you with the retirement you expect to have. Because if you don’t, you may find that you’re going to have to sacrifice some of the personal benefits you never thought you would during your retirement years.